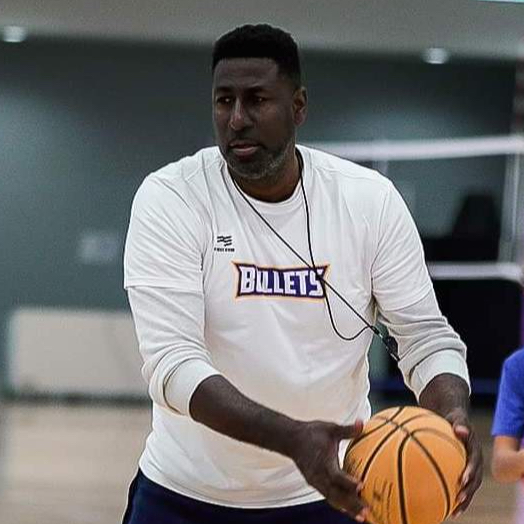 I have played Basketball in the NBA for the Milwaukee Bucks and Denver Nuggets as well as in the NBL for the Brisbane Bullets. Since finishing my playing career, I have spent most of my time coaching people of all ages and abilities. I thoroughly enjoy passing on my love of the game.

I was drafted in 1987, with pick number 31, to the Denver Nuggets. I have also played briefly for the Milwaukee Bucks. I then spent some time playing in Spain and France. In 1990, I started my career playing in the NBL. Between 1990 – 2001 I played for the Brisbane Bullets, Hobart Devils and Cairns Taipans. I was named an NBL All Star three times for the Brisbane Bullets. I began my career as a coach once I finished playing professionally as I still had a huge passion for the game. I have a wide range of experience as a coach of all ages and both females and males. My particular focus is on improving the skills and fitness of players. I love helping to grow the game of Basketball in Australia. I also provide mentoring lectures to my clients, to help them understand the mental side of participating in a sport like Basketball. I am still very active in the game, playing in Masters games both locally and at the World Masters. In February 2018, I was humbled to be inducted in the Hall of Fame by Loyola University of Chicago and was also named to the schools All-Century Team. Please note: each basketball court has a different court hire fee and you'll be required to pay the court hire fee on arrival. The session price below excluded the court hire cost.

Andre arrived on time and started session a little earlier than scheduled time. Session also finished earlier than than booked time due to playing commitments. Andre introduced himself and discussed some aspects of his personnel and playing career. He also took the time to acknowledge elders past and present - this being important due to the participation of a number of indigenous children. The group was a little larger than expected as some of the older boys arrived early for later games and Andre invited and included them in the session - this was much appreciated by the older children. Session went by quickly due to the number and variety of activities conducted. Skills and drills were appropriate for the broad range of children present. Contact after the event with children and parents indicated that both children and parents were extremely happy with session. The session also validated the skills and drills carried out on a weekly basis at club level is conducive to general coaching and training sessions. The event was an all round success. Cheers JB

I organised a 1 on 1 training session with Andre for my sons Jakes 10 birthday, Andre was amazing, very welcoming and made Jake feel very comfortable, the training session was really fun and with real focus on the basics dribbling, passing and shooting. Andre has a new fan for life and I would highly recommend using Andre . Andre was also happy for me to take heap of photos and also bought along some posters and a ball and signed them and presented to my son after the training session