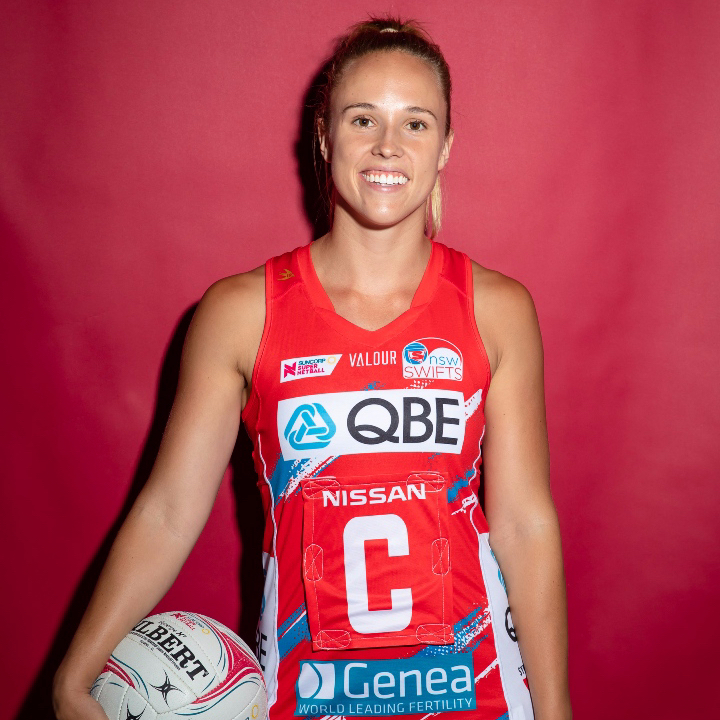 Currently one of the best midcourters in the game representing the NSW Swifts in the Suncorp Super Netball League and the Australian Diamonds. I also has a strong passion for grassroots netball and mentoring young budding netballers.

I began my professional netball career as a replacement player for the NSW Swifts in the 2012 ANZ Championship season. I have played for the Sydney-based club for the past seven seasons where I developed a reputation as one of the most ruthless attacking players in the competition. I have represented Australia at under 17, 19, 21 and open levels. I am current vice-captain of a young and passionate NSW Swifts side, with big ambitions & goals for both the club and myself. Career Statistics: 2013 Australian U21 Player of the Year 2013 Australian Diamonds debut 2013 NSW Swifts Coaches Award 2015/2016 ANZ Championship Grand Finalist 2015 World Champion 2016 & 2017 Constellation Cup Winners 2016 & 2017 Australian Fast 5 Team 2019 Australian Diamonds Netball World Cup Silver Medalist 2019 NSW Swifts SSN Champions

Paige was extremely knowledgeable and was excellent at explaining things.

Paige was an excellent coach and my 10 year old enjoyed every second of her training session. Paige focused on ball skills which is essential at this age and movement around the court. Thanks Paige! We would happily recommend Paige as a great coach and all round netball legend!