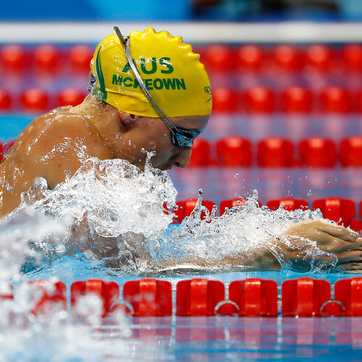 Australia's leading breaststroker. Training and competing across the world has given me a wealth of experience. I've been swimming competitively since I was just 11. I am looking forward to sharing my knowledge with athletes from both a coaching and mentoring perspective.

What an absolute delight is Taylor. My daughter got so much out of it. Best birthday present ever she said. Thanks so much, we will definitely be back.

My daughter got a lot out of her session today, Taylor identified several improvement areas in her stroke as well as her starts and turns. Taylor is extremely personable and connects well with young athletes and I would highly recommend her to any swimmer who is keen to improve.

Thanks so much for the session today Taylor!! My girls absolutely loved it!!

My daughter is 11 years old and did a session with Taylor McKeown. My words won't do it justice on just how good this was. Taylor, from the word go, was outstanding to deal with. Very welcoming and extremely helpful towards Mia. Mia got so much out of it and has a lot more confidence now, moving forward with her breaststroke. Thank you Taylor and the team at Playbook.

Fantastic experience for my son and daughter with Taylor McKeown. They both walked away learning something new which they were not aware of and started using their new knowledge back in their own training pool that afternoon. Taylor, you are a great ambassador for the sport and my kids are already asking when we can make the journey up the coast again. Amazing experience ... thank you PlayBook team