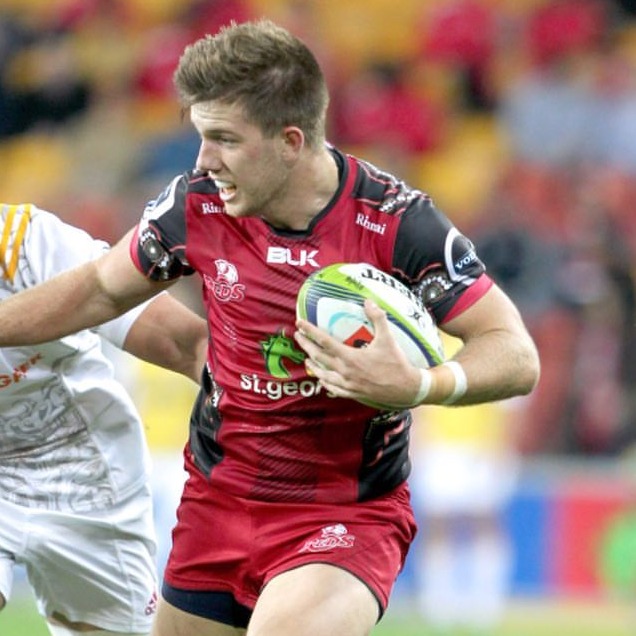 Having played for the QLD Reds, Brisbane Broncos Under 20's, and Australian Schoolboys, I have a good understanding of the skill requirements for young athletes at all different levels.

I am a Nudgee College old boy, captaining their 1st XV, the QLD Schoolboys and Australian Schoolboys in 2012. After spending 1 year with the Australian Rugby Academy after school, I signed for two years with the Brisbane Broncos Holden Cup (U20's) side. In 2016 I came back to rugby union with the QLD Reds, debuting against the Brumbies later that year. I retired from rugby at the end that season. In 2013, I traveled with the Nudgee 1st XV to Japan as the backs coach at the Sanix World Schoolboy Tournament. In 2017 and 2018 I coached the Nudgee College 16A side. I was also previously the Rugby Coordinator for the Modified Rugby Program which facilitates a club rugby competition at multiple locations around Australia, for children and young adults with learning and perceptual disabilities.

Max had a great session with Jack and has booked his next session already. He learned so much in this one on one environment in a short time and can't wait for more.

Atticus really enjoyed his sessions with Jack and learned a lot. Jack is clearly experienced in coaching and gave Atticus so much confidence going into the season. We would highly recommend booking coaching session with Jack!

Our third session with Jack and each time the boys have loved it. Jack took the kicking to the next level, introducing banana kicking. He reviewed and adjusted kicking technique and how / where to hold the ball. I can't thank Jack enough. It is very difficult to find good training and then to have the boys coming home happy. With new skills and wanting more, equals money well spent.

Jack was great. He worked with both boys and ran through passing drills and kicking drills. Both boys really enjoyed the session. We have been to many camps and training sessions over the years but this is the only one I can remember where both boys wanted to go back for more.

Archie really enjoyed his session with Jack. The take away training drills were new and easy to follow. The kicking session was great and gave Archie renewed confidence in his rugby. Jack was easy going and engaged Archie for the whole hour. We will be back for another session.