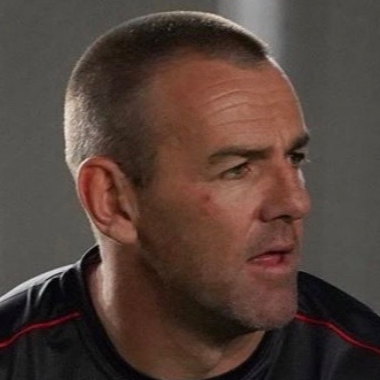 I am a retired Super Rugby Player with over 10 years of playing experience. During my career, I was the first player to win the player of the year award 4 times and the first backline player to win the John Eales Medal. As a coach, I love passing on what I miss most about playing - enjoyment for what you're doing and bringing people together.

I made my international playing debut in 1998 after playing Super Rugby seasons with both the NSW Waratahs and the QLD Reds. When injury called for my retirement in 2012 I was pushed into coaching (although it wasn't always a dream of mine to end up here). After 1 season of coaching, I fell in love with it. It kept me involved in rugby union while also giving me a taste for another side of the sport. What I love most about coaching is that I am able to pass on learnt skills and watch as athletes find a new way to perfect a skill they always thought impossible. My style is coaching from the basics - breaking down a skill to its most basic level and then developing in complexity. I am inspired by the improvement I see as well as the fun and enjoyment that I see in my athletes. I enjoy working with athletes who are hungry for knowledge and hungry to put the work in.

Max has been training with Chris for approximately six weeks now and what he has learnt so far would of taken him years to have learnt just by playing rugby and rugby league during the season. One on one coaching is invaluable to kids that have potential. We will continue with Chris as many years as needed whilst still learning the skills amd techniques needed.