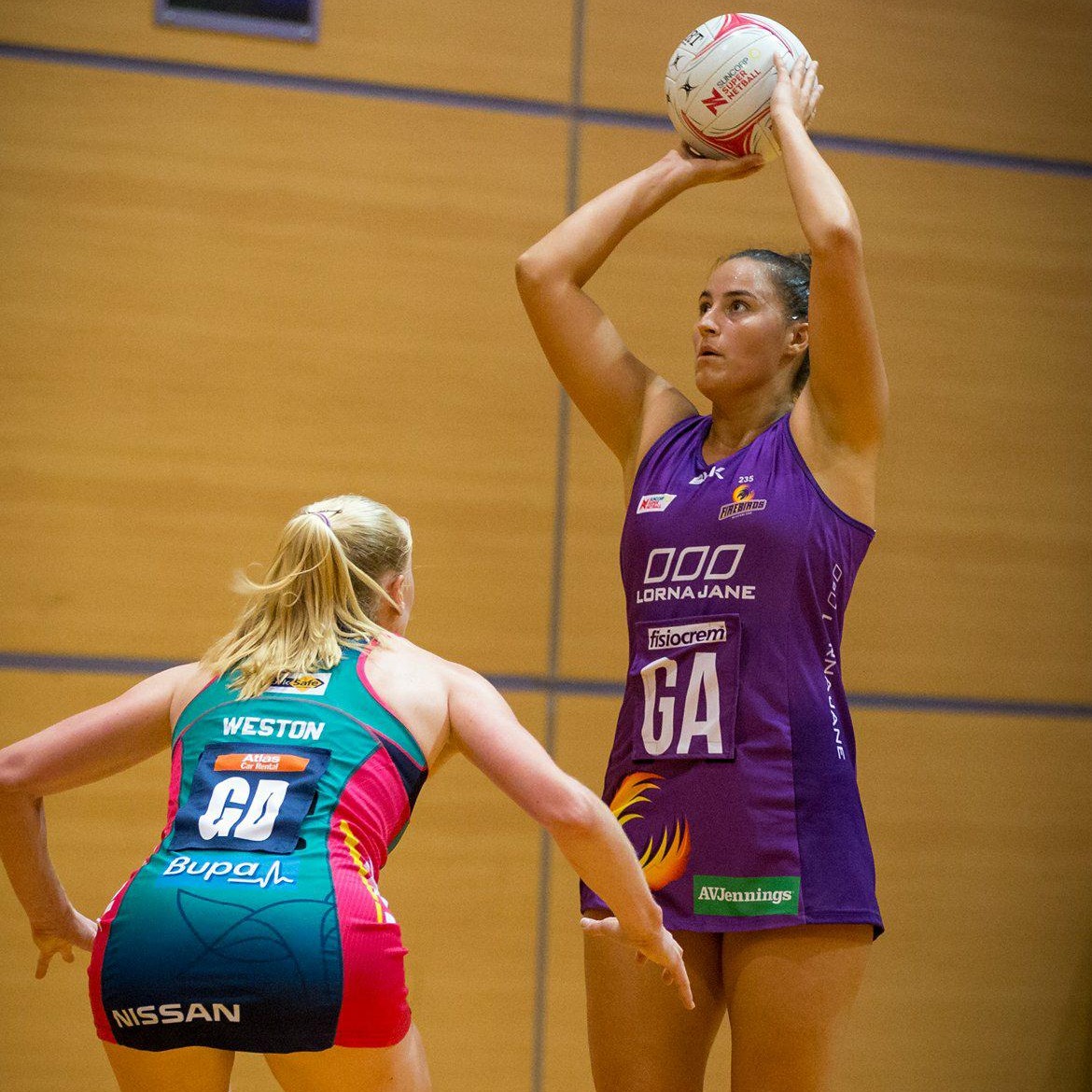 Currently have limited availability, please get in touch if you would like to organise a session. I have represented both the QLD Firebirds and the NSW Swifts in the ANZ Championship and Super Netball Competition. I love sharing my knowledge with the younger generations and seeing them improve. Specialising in shooting.

I have been playing netball for 16 years starting out my netball career with Eastwood Ryde. I have been lucky enough to come through junior representative levels of Netball and have played the past two years with the New South Wales Swifts in the Suncorp Super Netball League. I am excited for the upcoming 2019 season with the Queensland Firebirds and hope to continue to develop my skillset as a Professional Athlete. Playing Achievements - NSW Swifts 2016 (Runner Up) & 2017 - Netball NSW Under Age National Rep 2009-2014 - NSWIS Scholarship Holder 2009-2017 - AIS Scholarship Holder 2012-2013 - Future Diamonds Squad Member 2015-2016 - Netball NSW Blues Representative 2011 - Netball NSW Waratahs Representative 2012-2017 - Junior and Senior Representative for Eastwood Ryde

Thank-you Amy, Syriarna learned alot today about sharpening her accuracy and shooting skills. The drills that she engaged in were targeted to the areas that she needed to develop in when shooting with tall defenders. Thank-you for your personalised approach and coaching.

My daughter Emma has done three sessions with Amy so far and all were fantastic. Amy set up great drills that really helped build skills and confidence in agility, circle work and shooting. Amy is lovely. She really inspired Emma before rep selection and sent a lovely message of support.

My daughter, Chloe, has been training with Amy for about a year. Over that time, Amy has greatly improved Chloe’s shooting technique and movement within the circle. Chloe always feels more confident after her sessions with Amy and it shows in her game. Amy has a very calming presence and is able to impart her knowledge in a relaxed and friendly manner. She has a positive and down to earth nature and has been a great role model for Chloe. Without Amy’s training, Chloe would not be playing at the standard that she is today. Would highly recommend Amy!

My Daughter and her friend shared a training session with Amy and worked on positioning on court and defense skills. Amy has a very knowledgeable skill set which she was able to communicate and adapt to the girls skill level. Amy has a very friendly approach and took the time to thoroughly answer the girls questions. The girls were so excited to attend and Amy didn't disappoint. I highly recommend Amy for her professionalism, her passion for the sport and her ability to engage with her clients immediately, which was measured by the skills the girls took away and started to implement in their games and training sessions soon after. We cant wait for our next session, thanks Amy!

Holly really enjoyed her session with Amy. From the beginning of the session, Amy made Holly feel at ease with her warm, friendly nature. Amy is extremely knowledgeable, professional and delivers key training skills. In 1 hour, Holly learnt some great new skills and developed further some of her other skills. I highly recommend a session with Amy. Not only is she a fantastic coach but a really lovely person as well. We will definitely book another session for Holly. Thanks Amy!