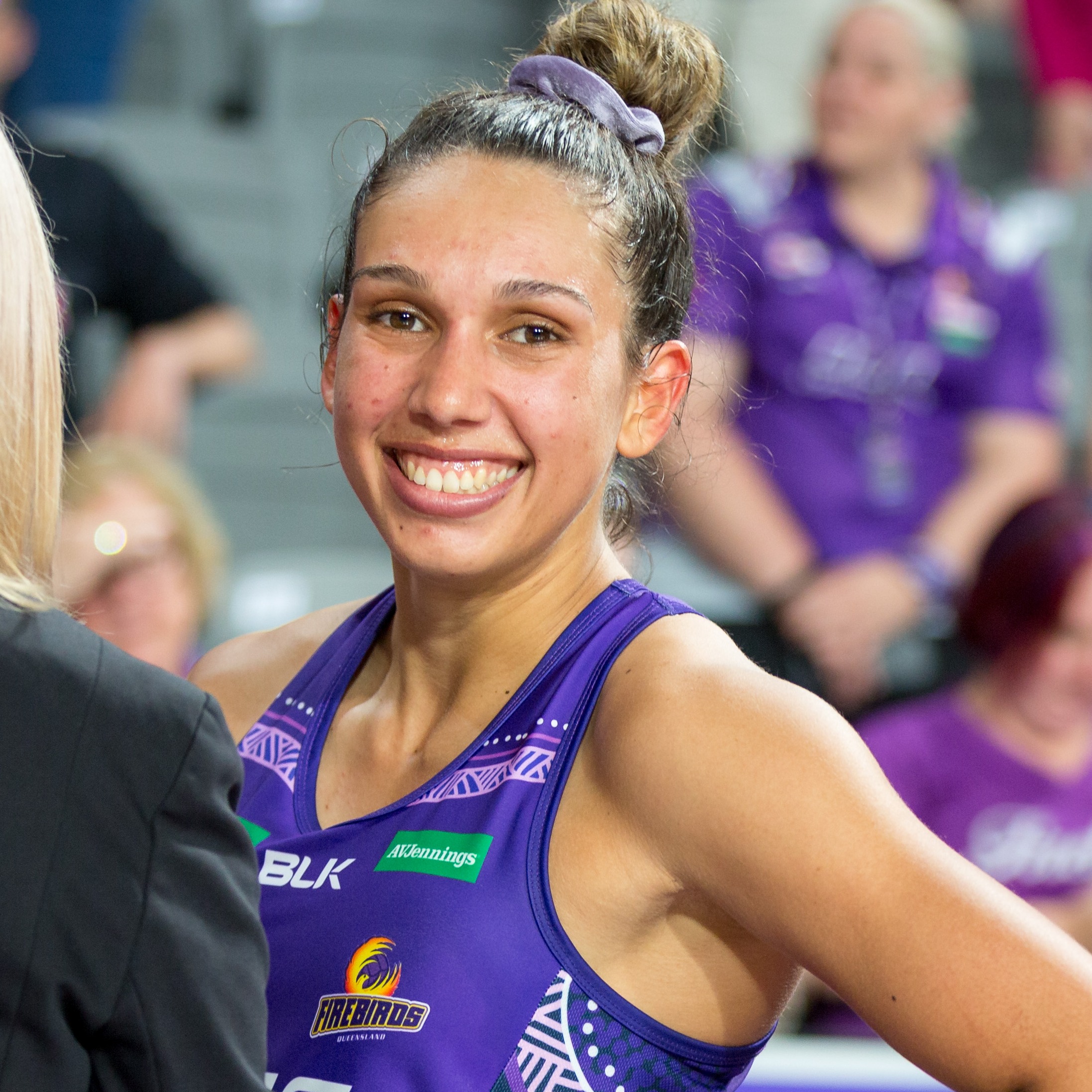 I play Centre / WA for the Queensland Firebirds in the Suncorp Super Netball Competition. I'm also a past touch football player and have represented Australia in the U/18's division in 2015.

*I'll be available for private one-on-one netball coaching at the conclusion of the 2022 Suncorp Super Netball Season* Netball Playing History - Queensland Firebirds, 2017-2020 seasons - 2019 Australian Development Squad - Australian Youth World Cup Squad 2017 - QLD U/21's 2016, U/19's 2014, U/17's 2013 - Australia National Identified Squad U/17's 2013 - U/15's Australian School Girls 2011 As a 23 year old, I'm currently playing for the Queensland Firebirds, studying a Bachelor of Clinical Exercise Physiology part time at QUT, working part time as a Customer Service Representative for Lysaght. Through my studies at university and being involved in previous Netball/Touch Football clinics, I have found an interest in coaching and developing people's skills, ability, fitness and knowledge for both sports. Watching a client demonstrate an understanding for a skill then implementing it into their game is one of the best reward I believe as a coach.

What a fabulous session my daughter had with Jemma. She has the most warm and friendly personality and listened to her and tailored the session to suit. Would highly recommend and we would love to see her again in another session. Jemma is a natural teacher/coach.

Jemma was amazing! Sky enjoyed her session so much and found it so valuable. Jemma did a great job of giving Sky constructive feedback when needed while also increasing the challenge in drills when needed. Sky is feeling much more confident in her clear and drive and her role in switching between defense/attack as a mid-court player. Thanks so much Jemma!

Thanks Jemma for another great session. Each session adds another dimension to Olivia's skills and confidence. Could not ask for a better mentor. Thanks as always and see you soon.

Awesome session. My daughter learnt a great deal and Jemma spent time understanding how she played and discussing her strengths etc. Thanks

Jemma gave the girls a lot of help with footwork and ball work. The girls really enjoyed their session with her and came away with a better knowledge and understanding of the game. Jemma was very professional and friendly with the girls. Would recommend her to all my friends to try a training session with her.